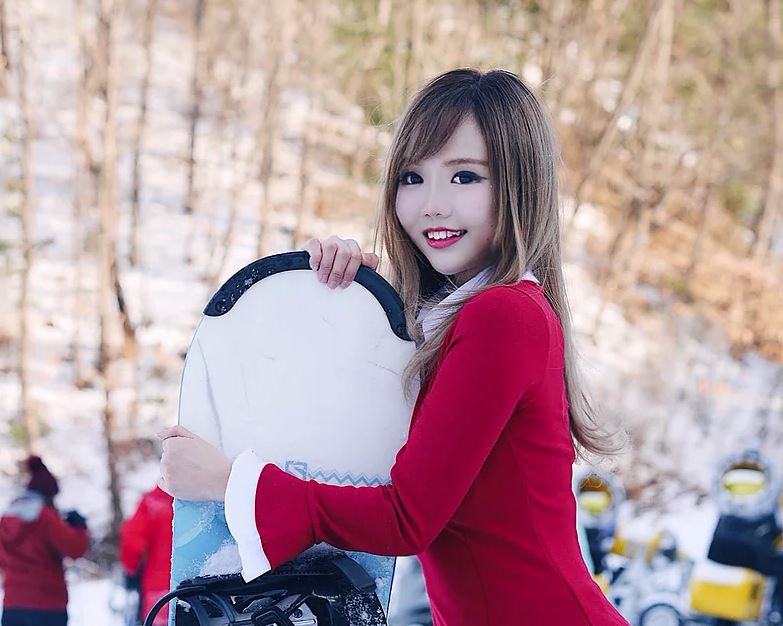 [PANCAKEPIXIE] Things to do in Seoul (Winter): Daemyung Vivaldi Ski Park and snowboard/ski lesson with KoreaTravelEasy

Things to do in Seoul (Winter): Daemyung Vivaldi Ski Park and snowboard/ski lesson with KoreaTravelEasy
Coming from a country with only either thundery showers or scorching heat from a yellow yolk in the sky, snowboarding was definitely one of my to-do list in Seoul. Having never experienced the feeling of coursing down snow at an angle on a snowboard, I signed up for KoreaTravelEasy’s Daemyung Vivaldi Ski Park and snowboard/ski lesson.

Located in the Gangwon province of South Korea, it is actually only one hour away from Seoul. However, navigation was never my forte and looking for transportation to get around would be very troublesome. Thus, KoreaTravelEasy‘s tour solved many of my issues because the pacakage comes with free shuttle bus service which brings you to and from the event!

On the day of the tour, I waited in front of Lotte mall at 8.00a.m. because that was the pickup point I chose. You can also depart 7.30am from Hongik university, or 8.30am from Samseong station.

At 10am, we arrived at Daemyung Vivaldi Park Ski Resort! The view was beautiful and I was so glad to see Singapore’s flag!

Being the largest ski resort in the metropolitan area, Vivaldi Ski Park consist of 12 slopes and a total of 10 lifts. It is a world class ski resort with the ability to accomodate 20,000 visitors daily! Vivaldi ski park is also very near Nami island, so you can also sign up for Nami island and Vivaldi Park 1 day Winter Ski and Snowboard Lesson shuttle bus tour

I collected my ski world lift ticket and ski clothes rental ticket (included in the package) from the guide and went to exchange for my ski/snowboard gears!

When I was done changing into my gears (you can choose from ski/snowboarding option and your gears would be rented to you based on your choice), I went indoors to look for my snowboard lesson instructor! I have never snowboarded before, so it was great that the package came with beginner snowboard lessons. There were only 4 people in the snowboarding group so the coach really spent time explaining how to snowboard to you in detail! You will learn how to wear equipment, walk/turn/downhill,falling and standing up safely, and how to do your left and right turn.

Complimentary of KoreaTravelEasy early bird special gift set, I had free ski gloves which kept my hands warm in the snow! The gloves are really important because you will fall alot when skiing and the coldness from the snow can really numb your hands. Other things included in KoreaTravelEasy special gift set included hot pack and T-money Metro card with special discounts at selected stores.

Soon after, we headed outside for our lesson.

When the lesson was over, I headed to the cafe to have lunch. Lunch was not included in the package so you have to bring your wallet to buy your own lunch~

Went on the lift too! The view was spectacular from above.

Apart from snowboarding, you can also opt to ski. Although many people say that skiing is easier than snowboarding, I find that I have a hard time skiing than snowboarding. I guess it is up to personal preference so you can go twice to see which one you prefer? Hahaha.

What I like about KoreaTravelEasy is it has many different options to choose from. Even if you go together with your family, the elders can opt for a free time package (USD$35) instead of snowboarding least they get injured. That way, the whole family can spend time in the same place despite taking part in different activities!

Also, because it is winter season, I will also be blogging about the 54% off Hwacheon-Sancheoneo Ice fishing festival and one day bus tour (1+1, pay for 1 person and bring another friend for free!) so stay tuned! You can also participate in other winter experiences like Night skiing!

Previous
12 Best Winter and Ski, Snowboard Activities To Do in South Korea
Next
A day at Hwacheon Sancheoneo Ice Fishing Festival!
close