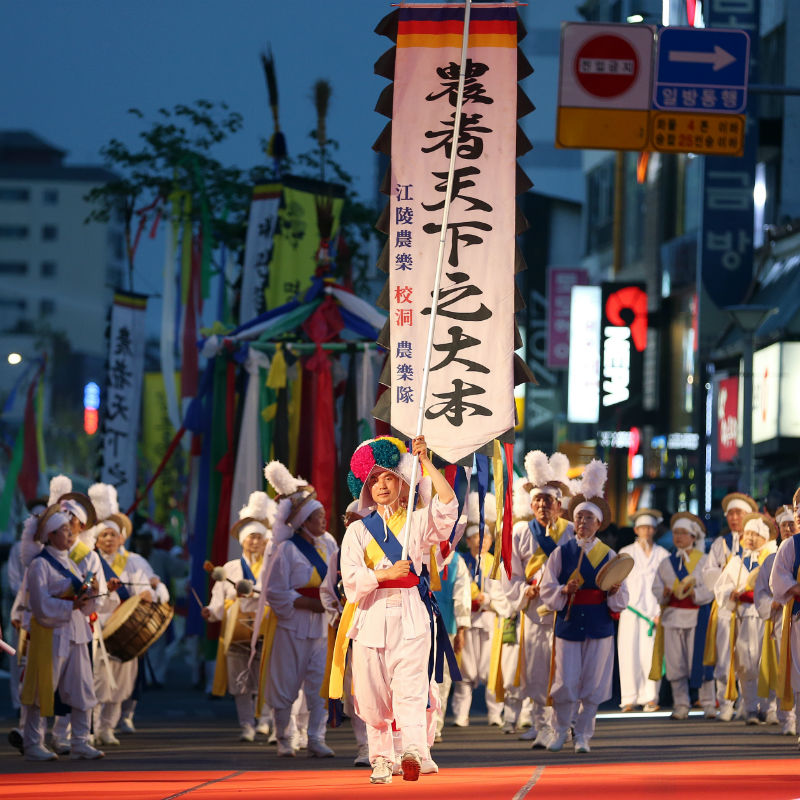 May is almost ending soon but near the end of the month there is a traditional Korean festival called the DANOJE –  in an interesting city of Korea called Gangneung.  It recently been a new area of interest due to the hit drama Goblin! Find out more about Gangneung from KoreaTravelEasy 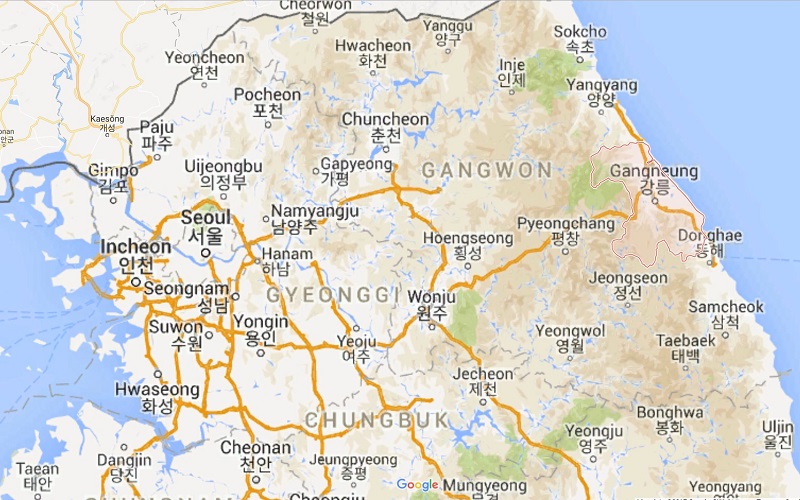 Gangneung (강릉) is the largest coastal city in Gangwon Province, the east side of South Korea’s longest mountain range, Taebaek, near the East Sea.

How to get to Gangneung?

WHY RECOMMENDED by KoreaTravelEasy? Join one of Korea's most famous and biggest traditional festivals in May and June: the DANOJE in Gangneung, in the Gangwon province. Gangneung area has recently become a popular place due to hit Kdrama Goblin starring Gong Yoo and Kim Go Eun. In this free and easy one day shuttle tour… 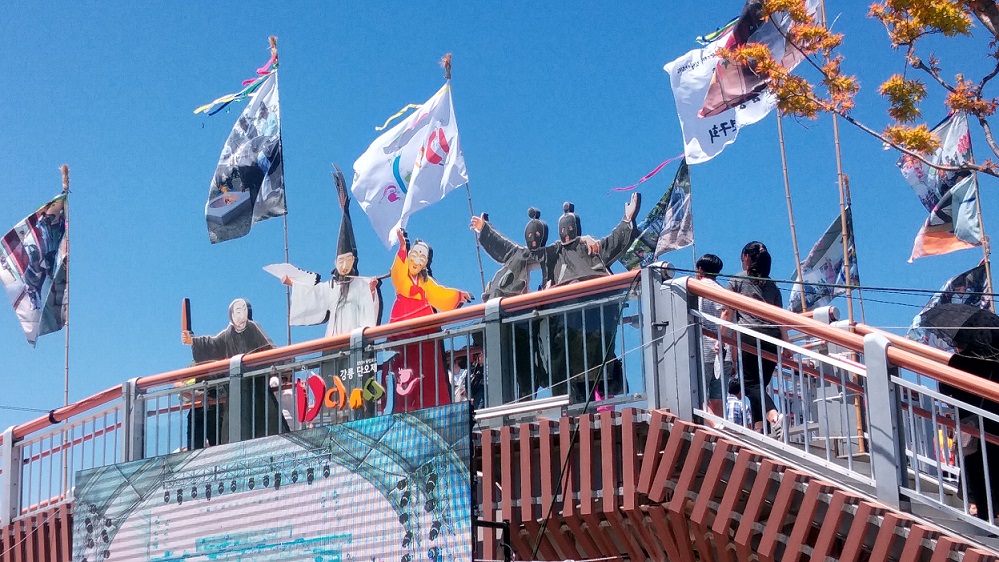 The Gangneung Danoje festival is chosen as Korea’s Masterpieces of Intangible Cultural Heritage of Humanity by UNESCO in  2005. Events at the Danoje festival  – what is there to do?

Here are some highlights of this things you can see there!

Danogut is performed by Gangneung’s most well-known female shaman, who prays for the health and happiness of all the people at the festival.  The shaman speaks to the spirits, in forms of dance and chants.

The Gwanno Mask play is one of the special highlights as it can only be seen at the Gangneung Danoje Festival. It is a non-verbal traditional Korean mask drama (without words using only dance and body movements)  where the lower class servants (nobi) wear masks of the upper class nobles (yangban). The play tells the story between an upper class nobleman, a young Shaman and the forces that interfere with their love

There are traditional Korean folk games for you to participate too!

Ssireum is a traditional Korean wrestling for men. The wrestlers grab onto each other’s satba (a piece of cloth wrapped around the waist and legs) and whoever gets the opponent on the ground first wins the game. Gangneung locals and festival goest are able to participate in tournaments to compete

Geune(Swing) is a traditional Korean swing game where girls stand on the swing board hung on a tree and tries to swing the highest to win. The Geune contest is the most popular folk games enjoyed by women during the Danoje Festival.

For those who are more hands on, at the festival you can also experience what Koreans do for the Dano holiday:  you can make surichi-tteok (rice cakes made with a Korean herb), try to drink the sinju liquor (liquor made a month before Dano to offer to the gods),  washing your hair in Iris(ChangPo) water to smooth hair and block off bad fortunes, decorate your own Korean traditional fan and much more!

You definitely have lots of things to experience at the festival !
Drawing on a Dano Fan (left) / Washing hair with sweet flag-infused water (right)

A good festival in Korean definitely can’t be without a parade!

The Sintongdaegil traditional parade is to celebrate the beginning of the Dano festival and it is the most popular event not to be missed at the festival! It is only held once per year so make sure to check which day it is on ! (Usually on the 1st or 2nd day, this year is it on May 28th)

Over 5000 lanterns light the parade path and people will also carry lanterns to follow the performers.  Gangneung people will make alcohol and tteok (떡, rice cakes) from the rice offerings to the gods, and share with those who participate at the parade. It is said that those who eat the rice cakes and drink the alcohol will remain healthy for the rest of the year!

What’s special about the market? 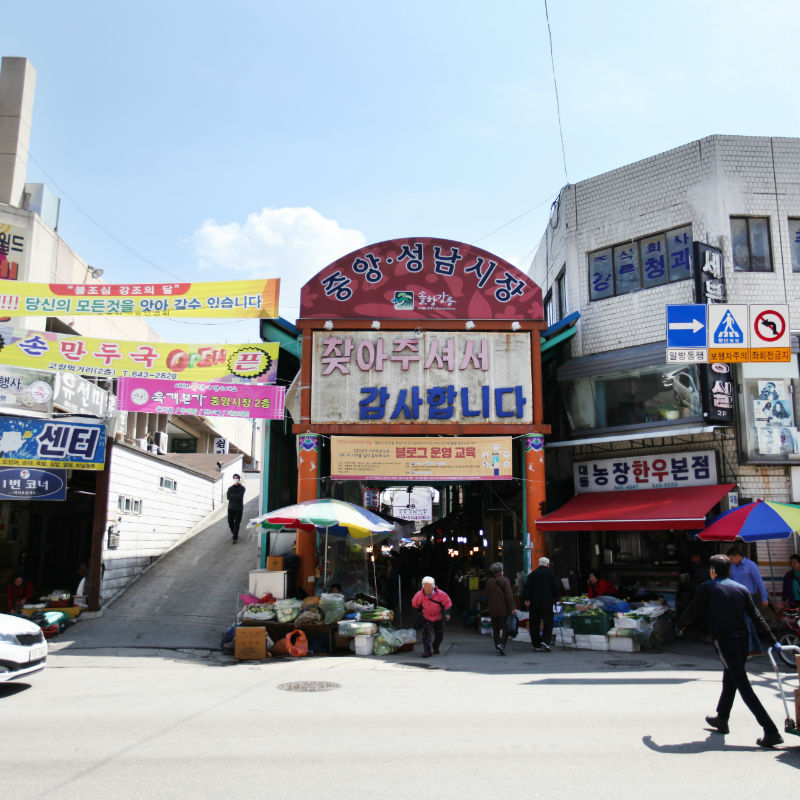 What is there to eat special in Gangneung? Located in Gang-won at Jumunjin, Youngjin Beach was part of the iconic scene in Goblin: The Lonely and Great God. Known for its gorgeous beaches and blue waters, Youngjin Beach offers visitors breathtaking views of the ocean and you can recall about the drama ‘s famous scene here!

What is the drama GOBLIN?

For those who did not watch,Dokkaebi or Goblin (also known as Guardian: The Lonely and Great God) is one of the hit dramas aired by tvN in 2016-2017. It was written by the famous writer Kim Eun Sook ( Descendents of the Sun, Secret Garden, etc…)  and it starred A-list actors  Gong Yoo, Kim Go Eun, Lee Dong Wook and Yoo In Na.

The drama was an instant hit and due to its huge popularity, tourists are interested to visit the filming spots of the drama: one of the them being right here in Gangneung!

What scene was it?

Episode 1 where Eun-tak (Kim Go Eun) first summoned Dokkaebi (Gong Yoo) by blowing out her candles, and suddenly he’s standing there by the sea with her, asking if she’s the one who called him there and they exchange one of their first heart-to-heart conversations. Why this places is nice? 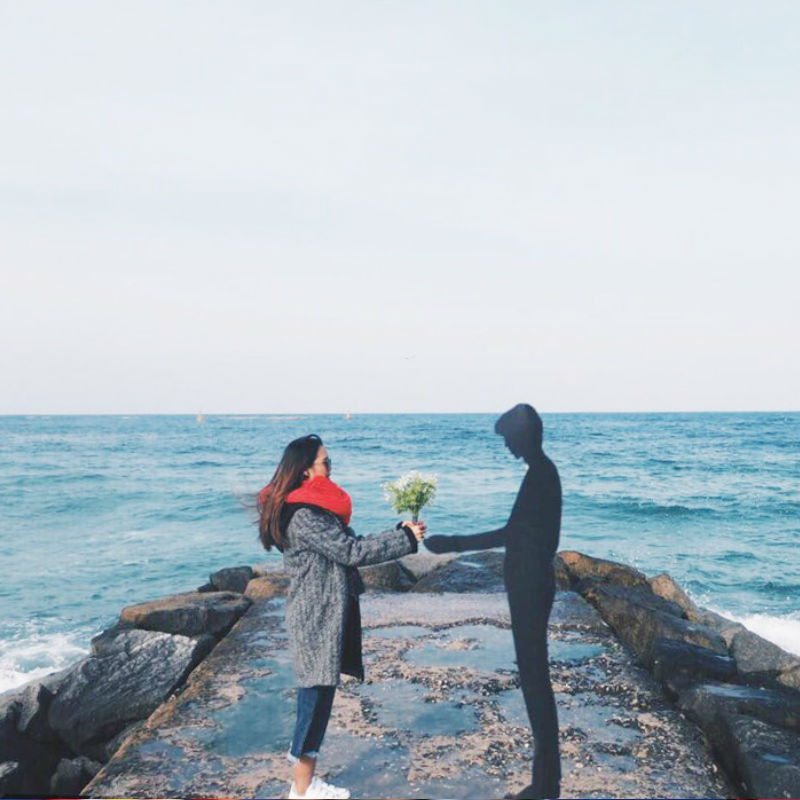 After its appearance in this popular drama, a lot of fans visited this place just to take photos and re-enact the famous drama scene (be prepared for LONG LINE UPS!) . On some days there are rental service available to rent a buckwheat flower bouquet and a red scarf . 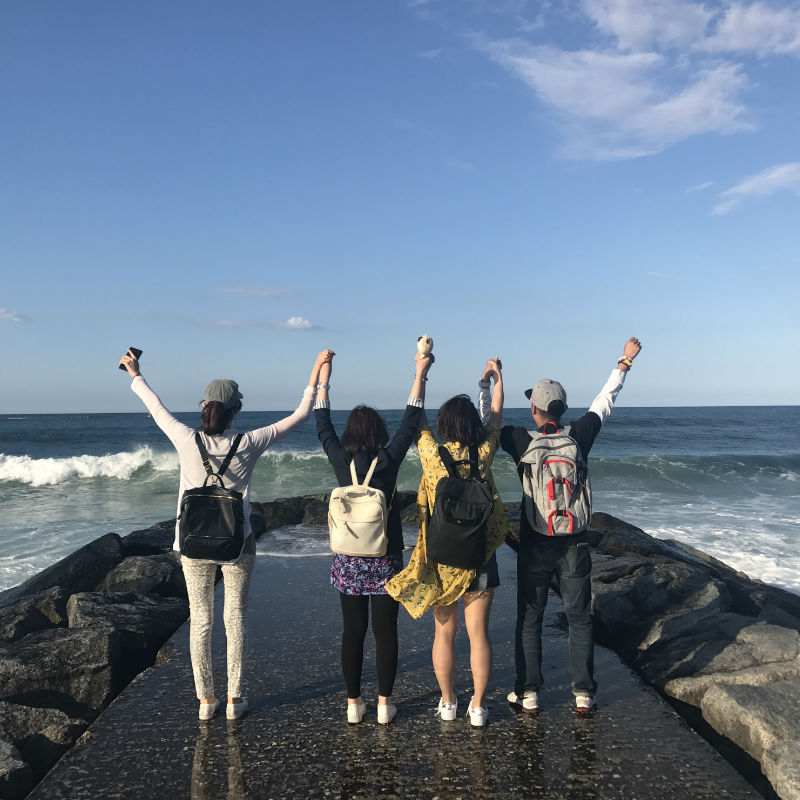 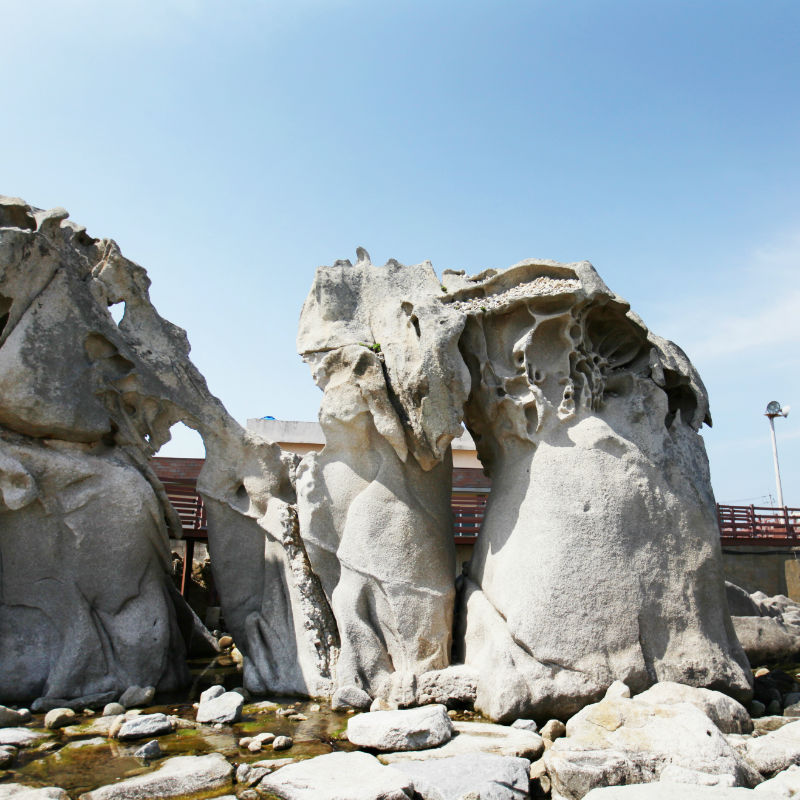 It is located near Youngjin beach, you will be impressed by the stunning view of ocean view and rocks of fantastic shape here at Sodol Adeulbawi Park. Sodol means “bull” and Adeulbawi means “ Son’s rock” it comes from the below legend WHY RECOMMENDED by KoreaTravelEasy? Join one of Korea's most famous and biggest traditional festivals in May and June: the DANOJE in Gangneung, in the Gangwon province. Gangneung area has recently become a popular place due to hit Kdrama Goblin starring Gong Yoo and Kim Go Eun. In this free and easy one day shuttle tour…

OR if you miss the dates for Danoje you can still join the regular Gangneung 1-day tour!

You must visit this BTS BUS STOP which they had M/V shooting in Gangeung area has recently become a popular place due to hit Kdrama Goblin. BOOK NOW!