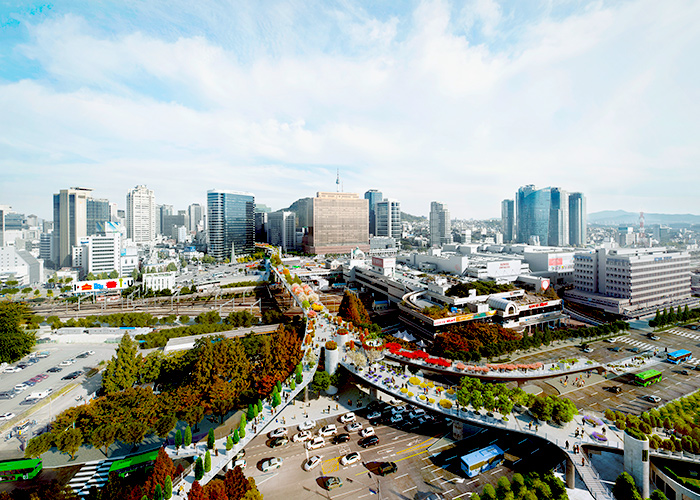 While Seoul is avidly associated with the Kpop culture, it is a city that offers way more than that. Today at KoreaTravelEasy, we celebrate South Korea’s vibrant culture with a heritage focused day-tour in Seoul, exploring the perfect blend of old and new.

Unequivocally one of the most representative staple food in Korean cuisine, Koreans’ love and dedication for kimchi dated as far back as the 7th century. During cold winters where there were difficulties in cultivating of fresh vegetables, preserving vegetable by pickling developed naturally as an alternative storage method and there’s no looking back since then! 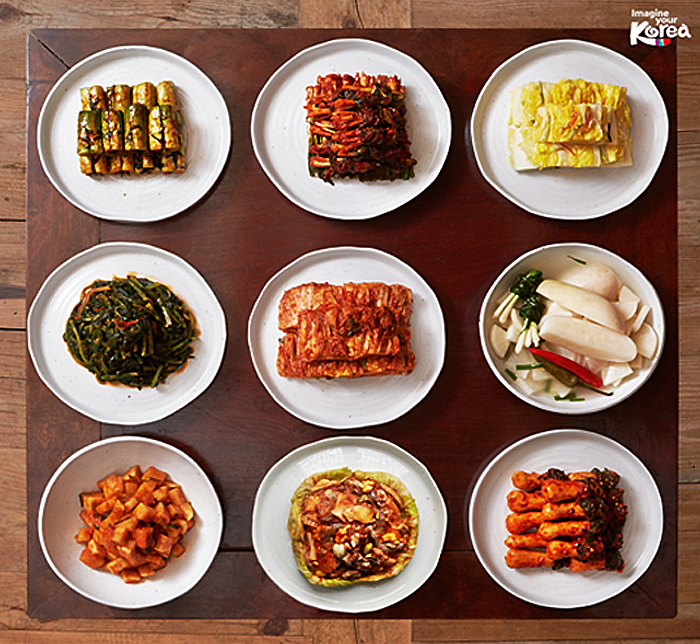 Today, Kimchi is not only eaten as a side dish, it is also a main ingredient in an assorted dishes including kimchi-jjigae, kimchi-jeon, kimchi fried rice and more.

Kimchi’s Varieties: Not All of Them Are Hot & Spicy!

While we typically picture Kimchi as a red, spicy fermented vegetable, there are actually more than 100 variations and the taste of Kimchi diversified depending on the region and season.

Loaded with vitamins and tones of healthy bacteria, Kimchi was listed as one of the world’s five healthiest foods in 2006. So what are some of the health benefits you would get when you make Kimchi a staple of your diet?

?? MUST TRY ACTIVITY: MAKE YOUR OWN KIMCHI! 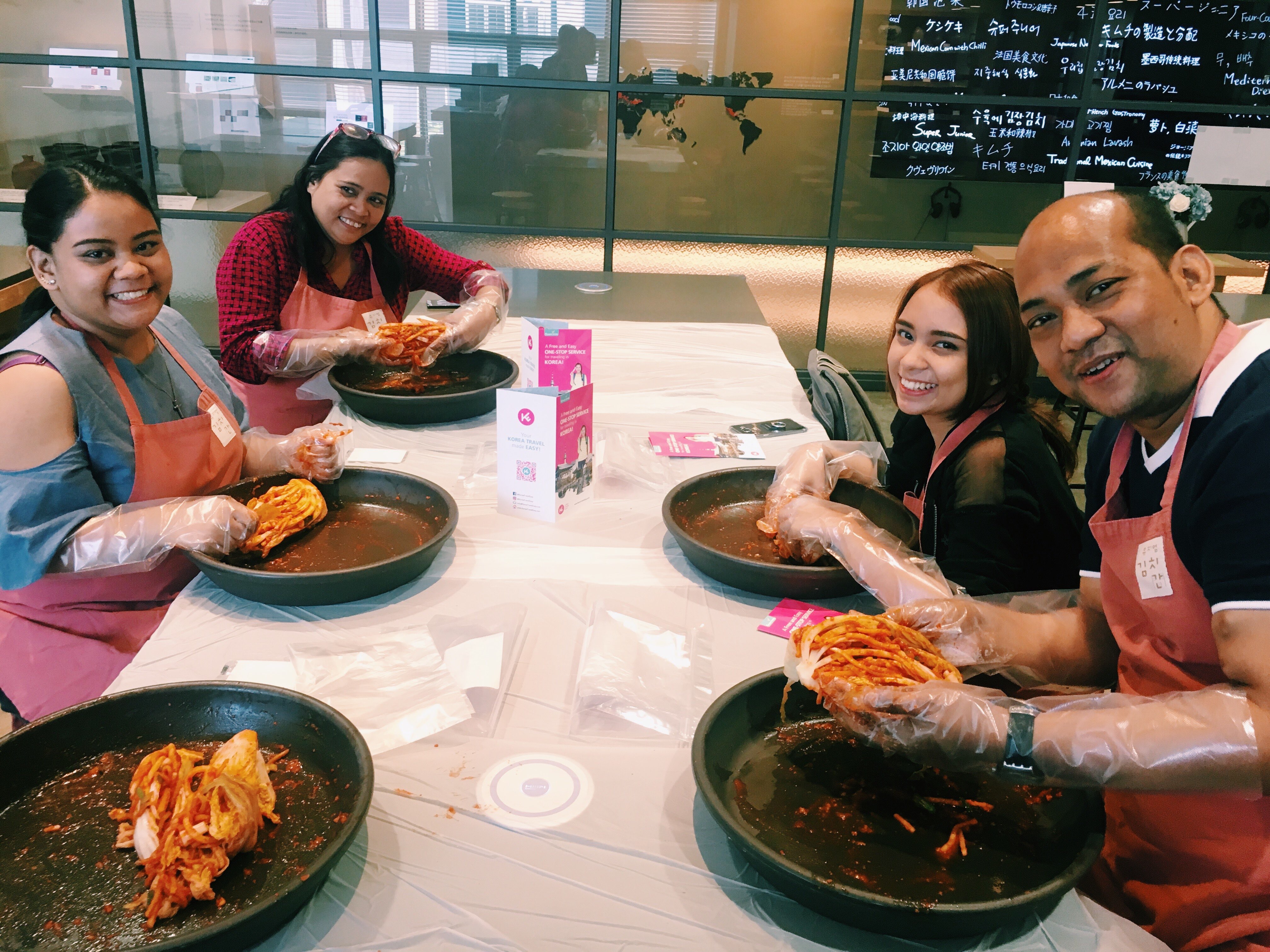 A visit to Seoul is not complete without experiencing the process of kimchi-making for yourself!

The program is catered for all ages and is a fun-filled activity suitable for a whole family to share! Throughout the program, you will be led by an expert who will take you through process step-by-step and are held in either English or Chinese. What’s more, by the end of the program, you get to take home that Kimchi that you have made!

But Where Can I Go For This Special Experience?

While there are several options when it comes to finding out more about Korea’s iconic Kimchi, we recommend you take a trip down to Insadong and here’s why! 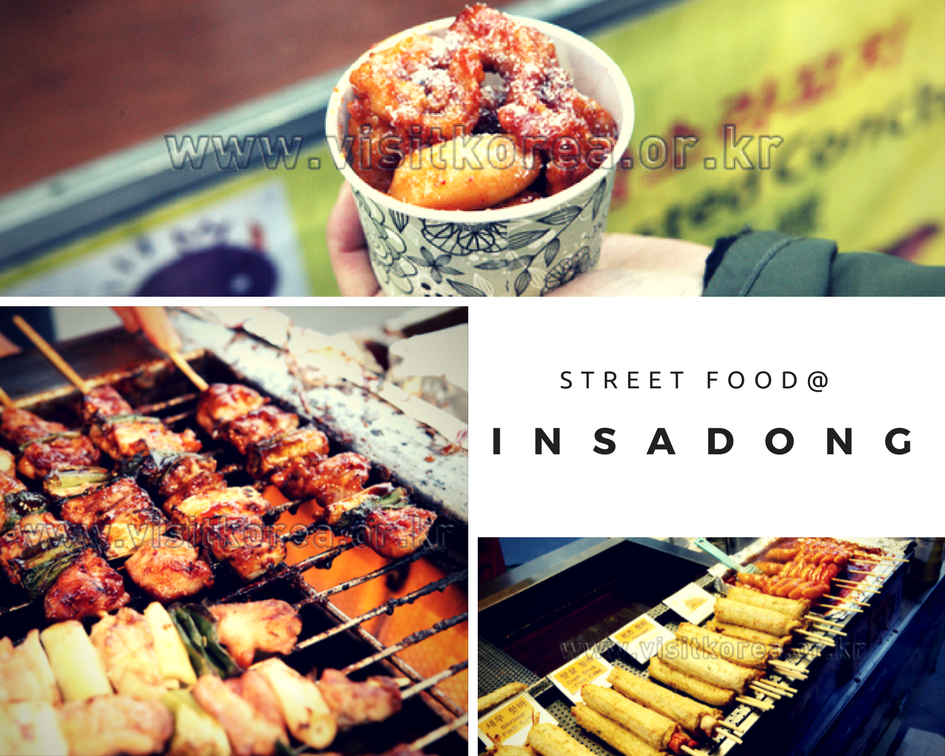 One of the key factors in making tasty kimchi is by ensuring that kimchi is being fermented at an optimal temperature, as such the vessels to store kimchi after preparation become vitally important. While Korean families today are assisted by specially designed ‘Kimchi Refrigerator’, in older days, kimchi is stored in jars and then preserved by burying the jar almost entirely underground.

While kimchi can be easily purchased in supermarkets, it is interesting to note that the practice of kimjang is still widely practiced (some say old way is still the best way!) and it is not uncommon to find kimchi jars in Korean household!

Officially opened on May 20th 2017, Seoullo 7017 is the latest addition to the city’s landmark and a unique tourist attraction conveniently located at Seoul Station. It all started with a negative safety assessment of the overpass in 2006, but instead of demolishing this symbolic infrastructure, a decision was made to preserve and turn what used to be ‘a road for cars’ to ‘a road for people’.

Literally translates to “Seoul’s road”, the “70” in the name refers to the year 1970 when highway was first constructed. “17” is a reference to the year 2017, when its transformation into an elevated public park was completed. It also features 17 pedestrian walkways and each walkway provide easy access to different parts of Seoul. 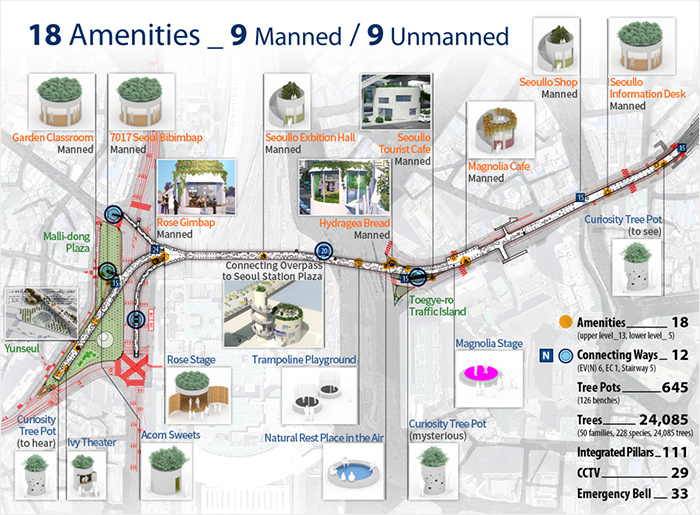 Also known as the ‘Sky Garden Within the City’, this transformed pedestrian overpass is 1,024 meters long, walking from one end to another takes about 20 minutes. There are a total of 18 amenities and features about 215 types of plants in 50 families, totalling up to 23,195 trees.

From retro Korean dessert café, traditional Koreans snacks and sweet buns, to mini gimbap and healthy bibimbap – you will have a wide selection of choices to recharge before continuing your journey! Some other places to see at Seoullo 7017 include:

Where Is This & How Do I Get There? 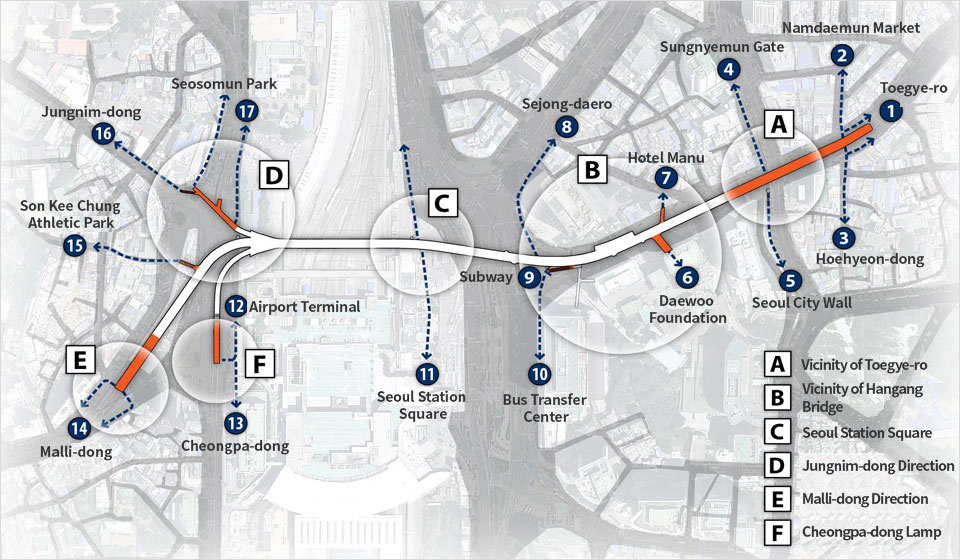 As shown in the image above, there are 17 main entry points to this overpass walkway. However, we recommend option 9 where you will be able to enter from Seoul Station Square. To get there, simply travel to Seoul Station (line 1 or 4) and look for exit number 8. 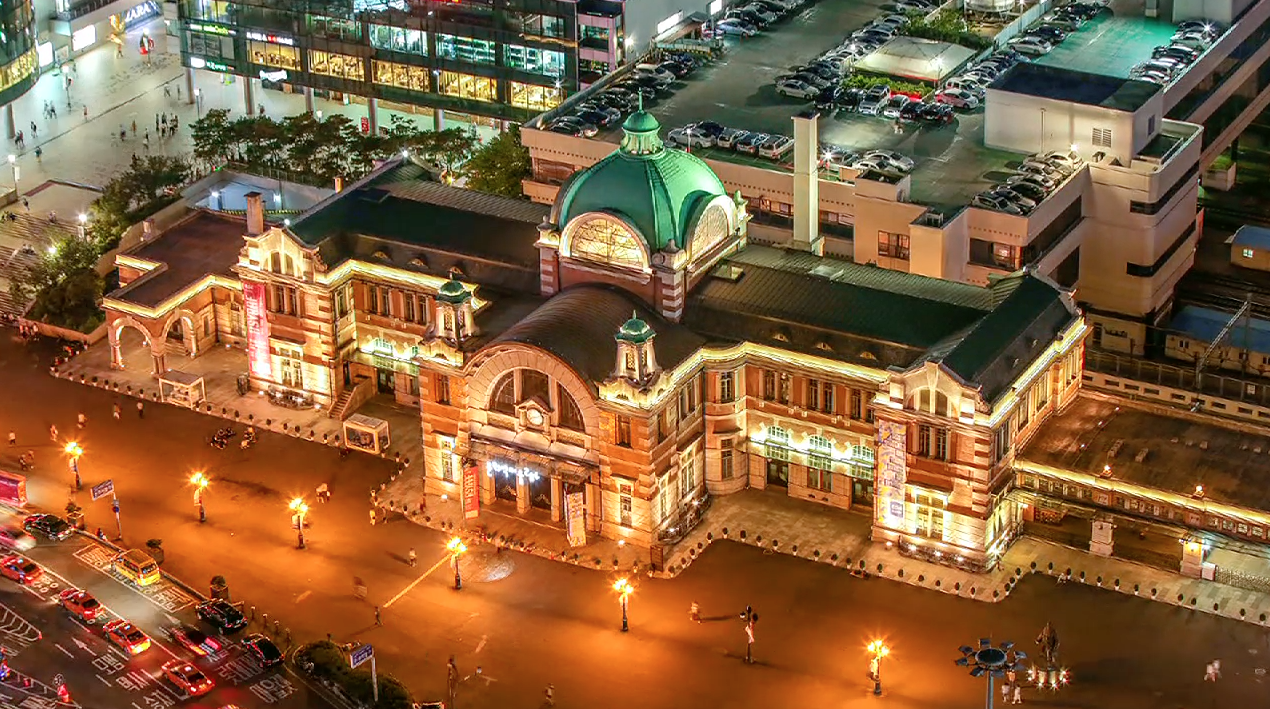 Whether it is walking down the bustling Seoul station or the crossroads of modern and traditional, Insadong, it will not be difficult to get yourself a cup of coffee from brands that you’re familiar with or local chains that set its presence in almost every corner of Seoul. Interestingly enough, the boom of coffee drinking in Korea can be dated back to 1902, over 100 years ago. 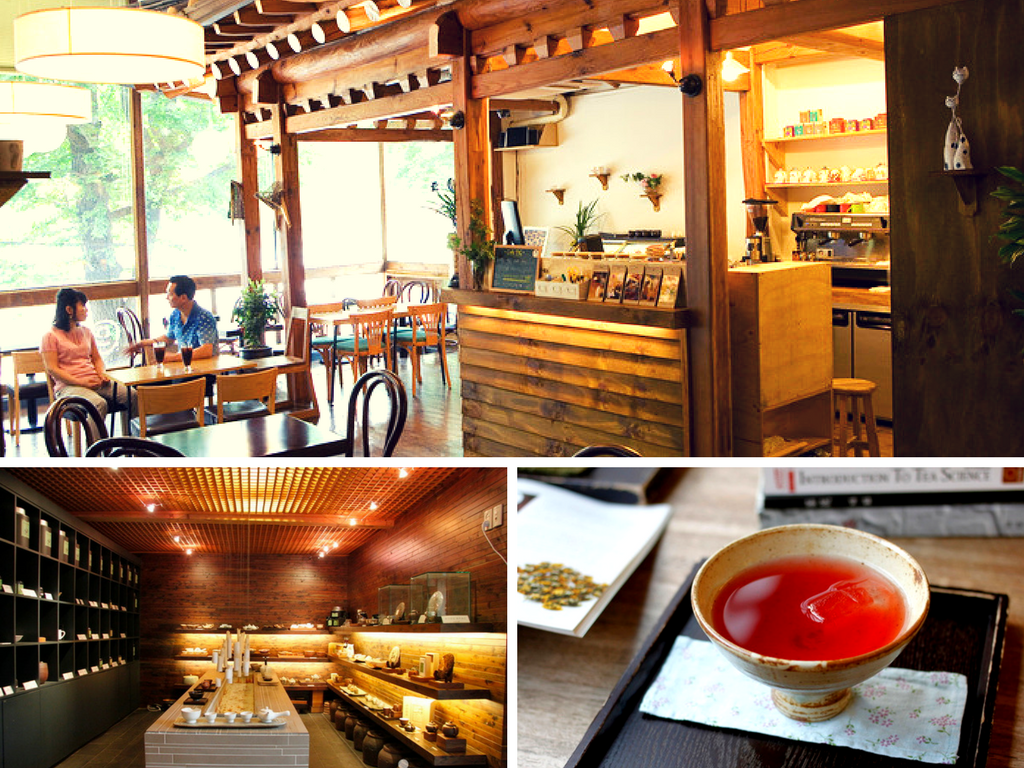 As of 2015, it is estimated that there are at least 49,600 coffee shops in South Korea. While more foreign chains have established itself in South Korea, it is still possible to find traditional ‘dabang’ especially in Insadong area.

So, if you’re looking for a look back at olden days of Seoul, it’s definitely a scene that you would have to visit!

Before you go… Check out for that private city tour that you have been waiting to have! 🙂