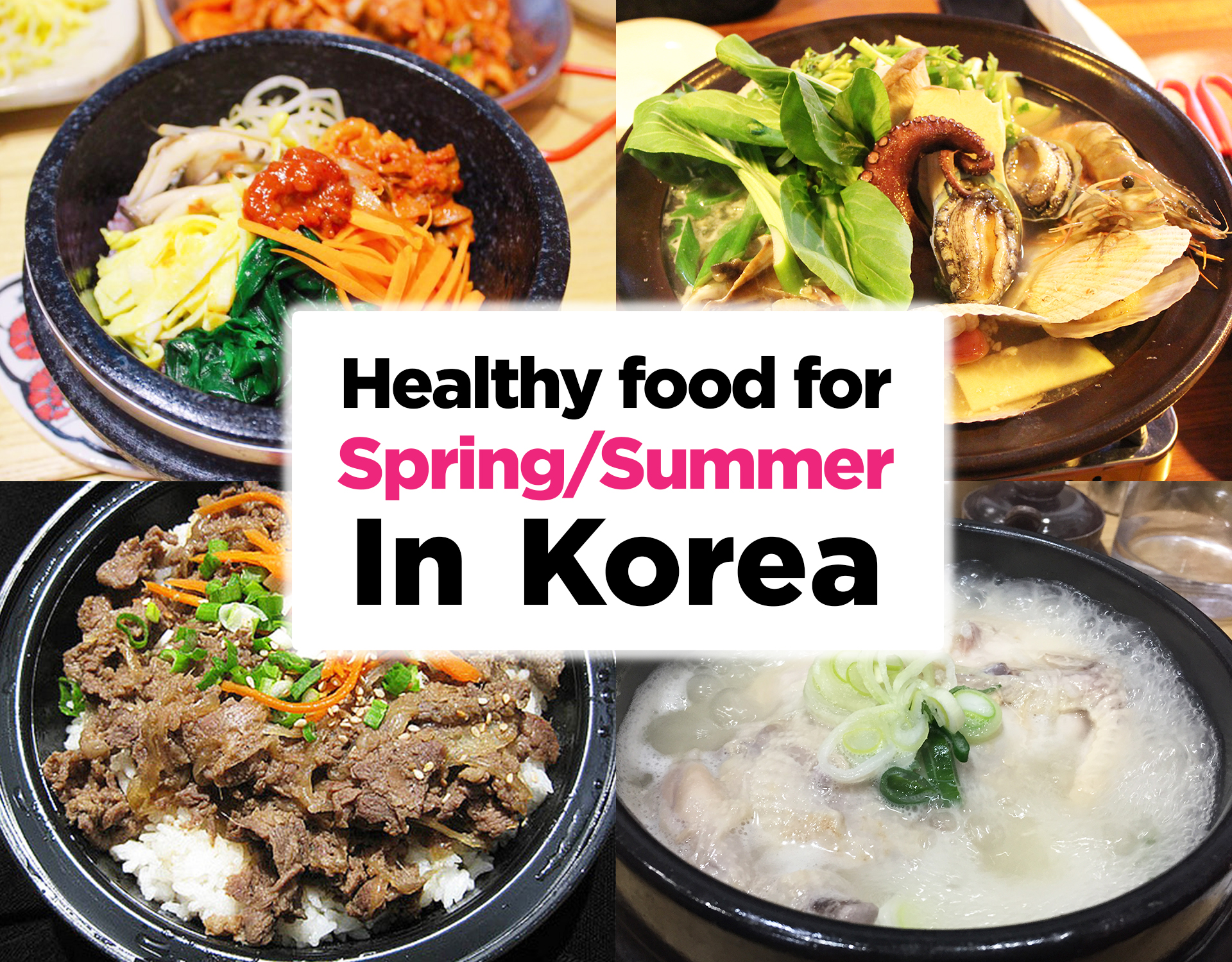 Korean Summers are really painfully hot and humid. A lot of people lose a lot of energy and motivation because of the crazy heat and indoors the airconditioning is usually too strong, making you freeze! Funny thing is that before and during Summer a lot of Korean people prepare for this by eating a lot of healthy food. With all the spring onions and vegetables that are in season, they can make really delicious dishes. Here are the ones we would like to recommend you try!

A mild yet addicting taste! This dish has a whole chicken filled with garlic, rice, jujube, and ginseng inside a soup! Usually, you eat this together with some Kimchi on the side and dip the chicken in some salt for more flavor. Korean people have a tradition to eat this warm healthy soup during the 3 hottest days of the year (according to the lunar calendar).

There are a lot of Samgyetang restaurants in Korea who specialize in the dish. It has really grown in popularity among locals maybe because of their special recipes for the dish, which are often kept as secrets. 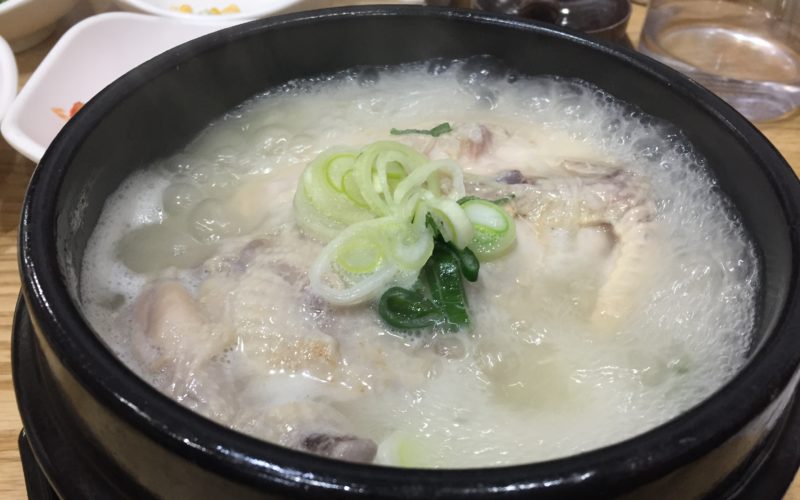 In Korean “bibim” means mixing various ingredients, while “bap” means rice! So Bibimbap basically means mixed rice and is served as a bowl of warm white rice topped with seasoned vegetables and gochujang (chili pepper paste), soy sauce, or doenjang (a fermented soybean paste). And lastly topped with an egg and sometimes sliced meat (usually beef). You stir everything together and easily eat it with a spoon! Some people would say that Gimbap it like “Korean sushi” however Gimbap has no raw fish inside its rolls! There are all kinds of sorts of Gimbap, similar to Bibimbap there could be mixed vegetables with bulgogi (beef) inside. There is also, ham & cheese Gimbap, Kimchi Gimbap, Tuna Gimbap etc! This dish is a typical Korean picnic food as well as a fast and simple lunch just like how a western sandwich is! 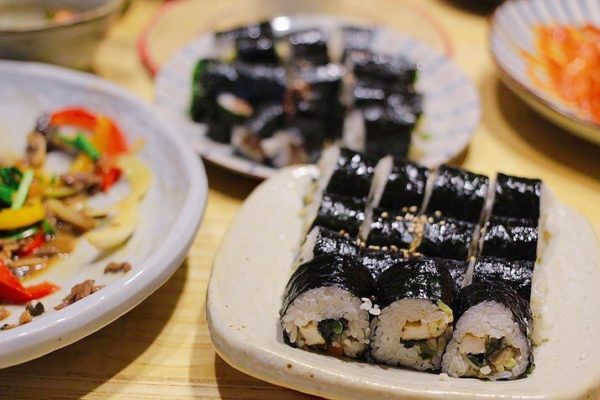 Bulgogi literally means “fire meat” and is made of thin marinated slices of beef or pork, grilled on a barbecue or on a stove-top griddle. You can also make an easy stir fry at home! It tastes a bit sweet and goes so well with rice and vegetables. 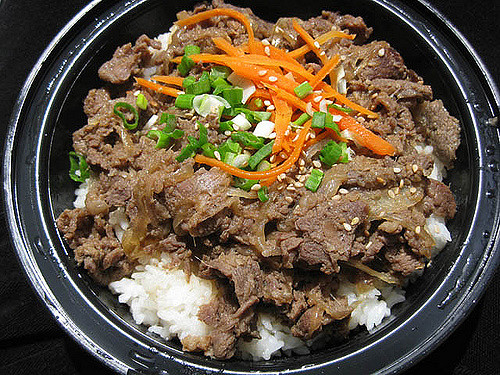 Japchae is a sweet and savory dish of stir-fried glass noodles and vegetables. It’s a very popular dish in Korea, they normally eat it on Korean holidays such as New Years, Chuseok, parties etc!

Jangeo-gui is a grilled dish made with marinated and grilled freshwater eels. Koreans believe this dish is great for men, its suppose to “give them power for the night”. It’s high in protein so it’s also great for people who work out a lot and want to try a new tasty dish. 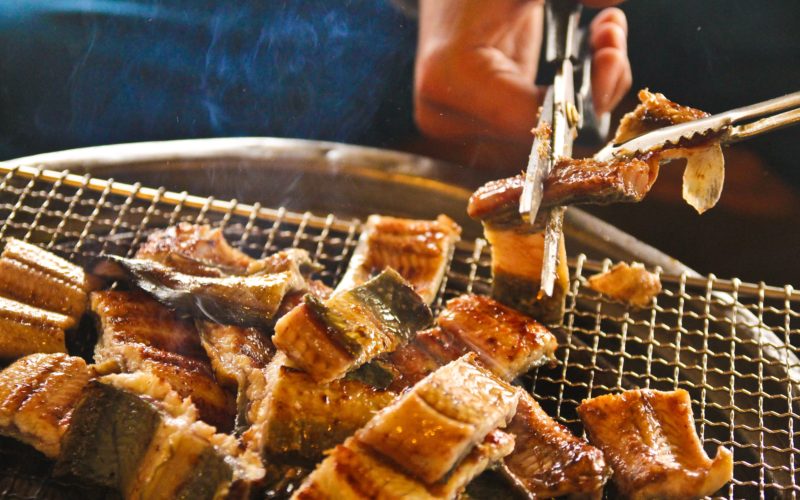 Jeongol is a Korean Spicy hot pot made by putting in meat, mushrooms, seafood, seasoning, etc. A big variety of ingredients! Its a bigger more fancier than jjigae which is a Korean stew with one main ingredient such as Kimchi Jjigae. Looking for a tour guide who can take you around Seoul and introduce these kinds of food? Check out our Private Car in Seoul Tour  or other Tour Guides in Korea

Previous
The Best Weekend TempleStay including a cooking class Review
Next
Gwangju SBS Inkigayo Super Concert 2019 - The Lineup will be BTS, MOMOLAND and MORE!
close