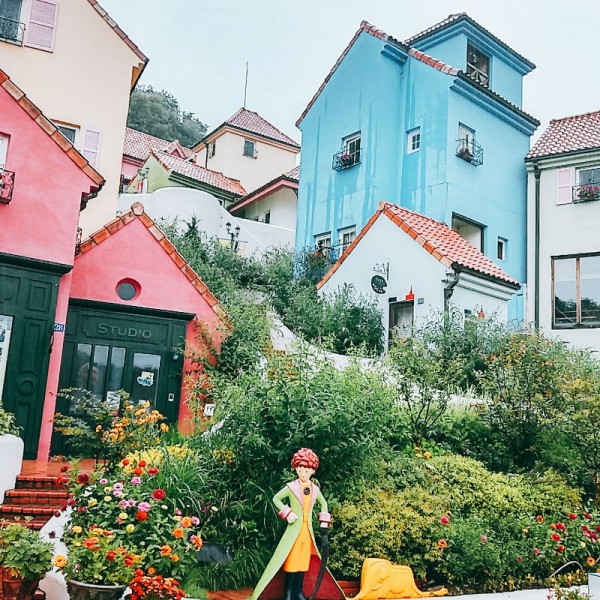 The best “MUST-GO” places for a day trip near Seoul: Nami Island, Petite France and Garden of morning calm

As we have ventured out of Seoul city previously we would like to introduce to 3 more destinations that are definitely worth going to and are quite popular.

We will discuss in more depth and give some personal insights on the places!

Today’s route will be :

There are the 3 main options to get to these 3 places:

You can catch this bus at the Gapyeong Station after you take the train from Seoul (ITX trains) . But the times are set so make sure you watch out the times for the shuttle bus! Since the times aren’t so frequent You most likely will not be able to cover 3 places in 1 day

This free and easy style day shuttle will take you to the 3 places we will mention:  Nami Island, Petite France, Garden of Morning Calm, 3 of the most popular destinations in 1 day that departs from 3 convenient locations from Seoul.  Do not worry about admission tickets and transportation to Chuncheon and Gapyeong,  It runs 3 times a week This tour package covers the transportation and admission tickets to 3 of the most popular destinations outside of Seoul! BOOK NOW!

OPTION 3:  Hire your own private car and English speaking Driver!  * RECOMMENDED if 4 or more people *

Your private car will give you more flexibility on time and places you want to visit and pick up/drop off right from the doorsteps of your accomodation! Nami Island is 63 km away from Seoul in the direction of Chuncheon, and is famous for its beautiful tree lined roads It takes 1.5 hours away  from Seoul by car. Since it is not far from Seoul, many couples and families come to visit.

It is a half-moon shaped island. Nami Island was formed as a result of the construction of Cheongpyeong Dam

How to get there: 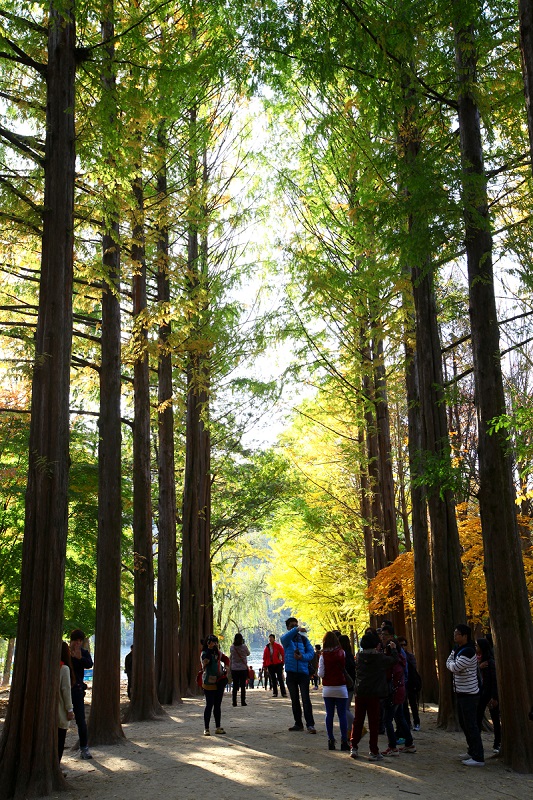 Every tourist going to Nami Island takes a photo with the majestic redwood trees lining both sides of Metasequoia Road and Central Korean Pine Tree Lane. This was the backdrop for many romantic scenes in Winter Sonata.

A special feature of Namiseom Island is that there are no telephone poles. This is because all electric wires were built underground to keep the natural feeling of the landscape. The island is 553,560 square yards with chestnut trees and poplar trees throughout.

The Forest Village and Bungalow Row Riverside Path are really quiet and relaxing, and, in our opinion, the best areas on the island. 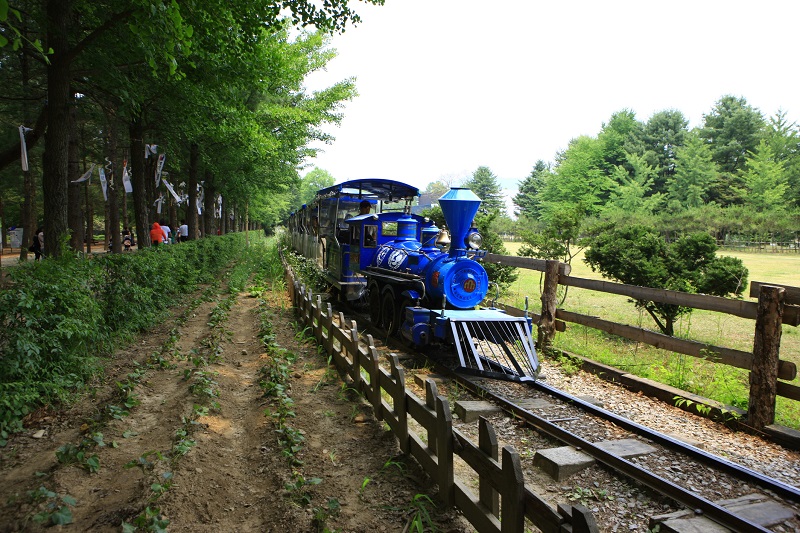 2) The Garden of Morning Calm (아침고요수목원) 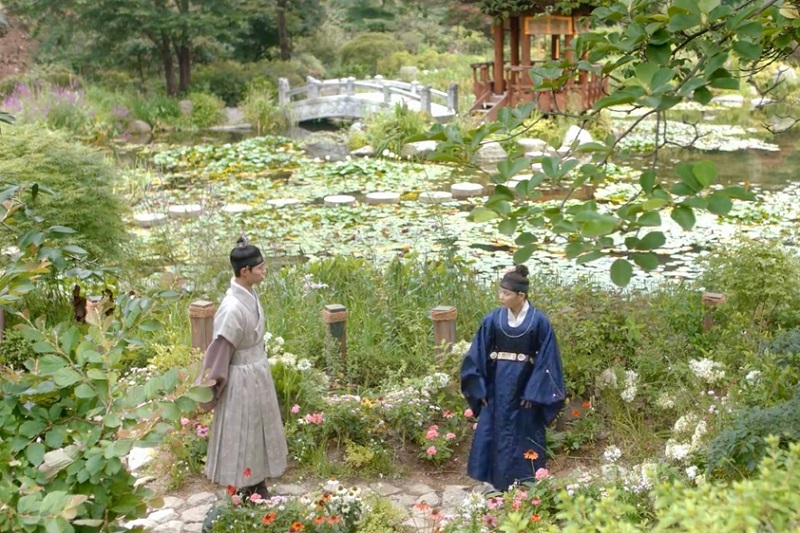 After Nami we will head to Petite France, a cutesy, colorful little French cultural village in the Korean countryside. 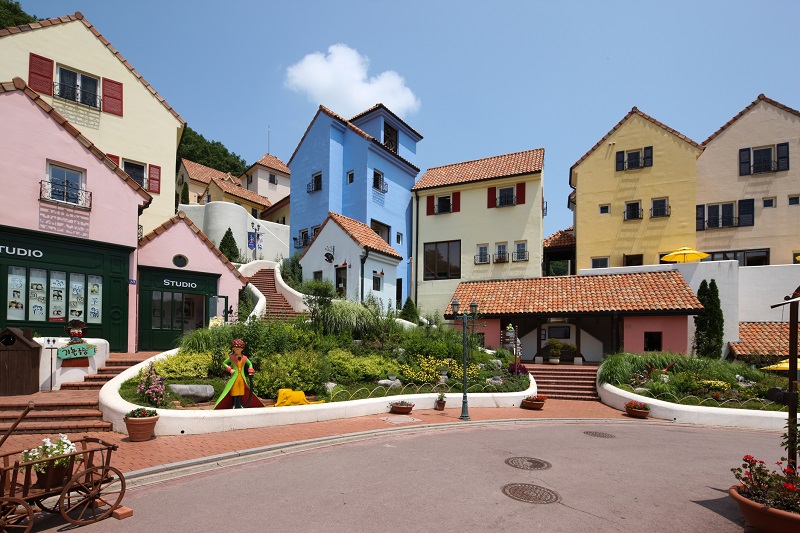 What is Petite France? 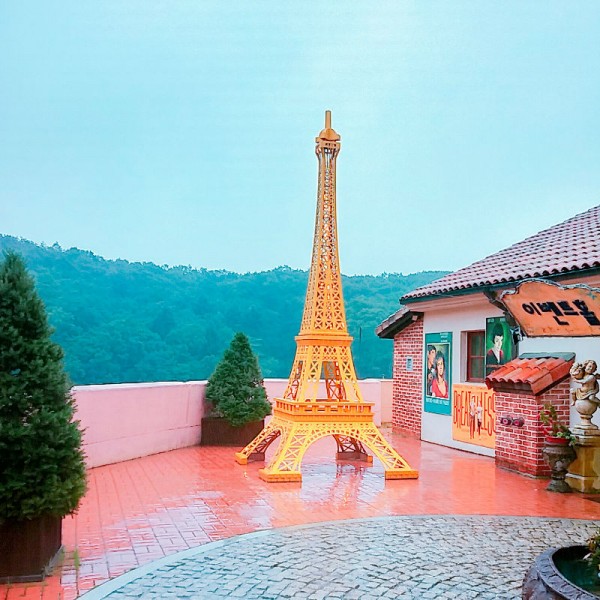 Why is it special and famous?