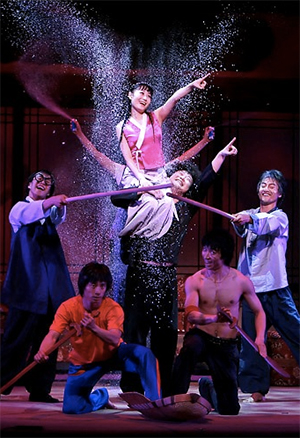 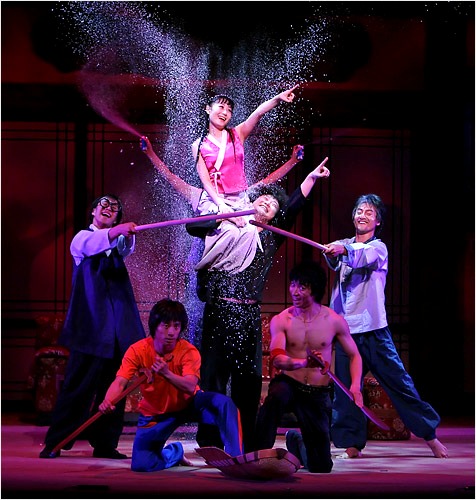 Seoul is not all just shopping and sightseeing– It has also a lot of cultural events to offer! After all the walking, sightseeing and shopping, isn’t it great to sit down and relax to watch a great show?

JUMP is not only one of the most well known musicals in Seoul, it’s also frequently listed as ‘must-sees’ for tourists. One would imagine that the language barrier would be a problem, but don’t worry about it ! The show is a Non-verbal show – meaning there isn’t much dialogue and it is well acted to make you understand everything! 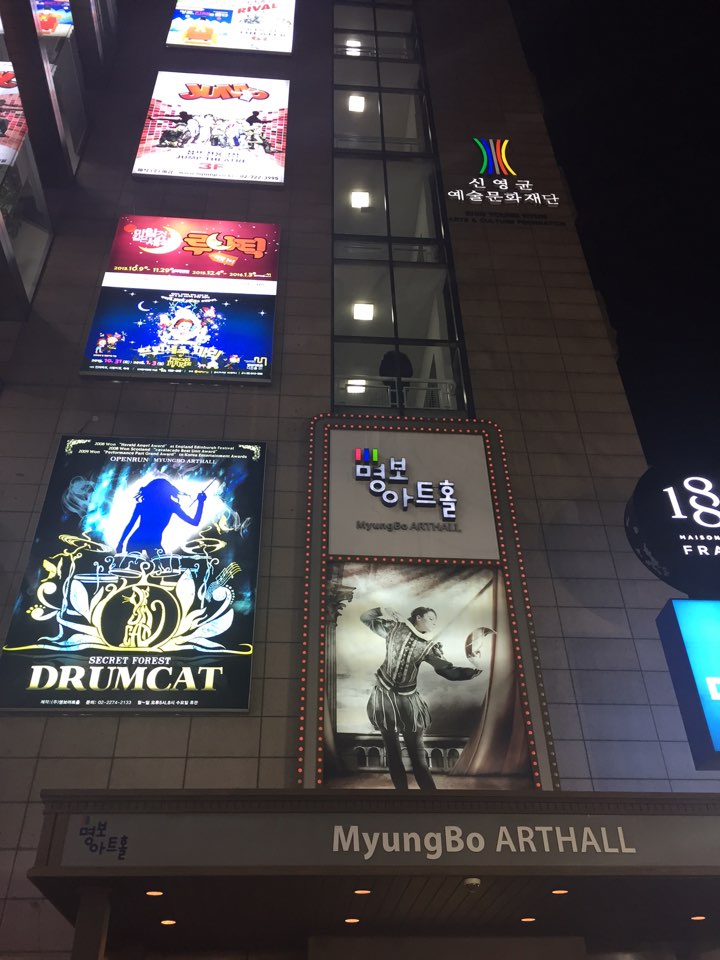 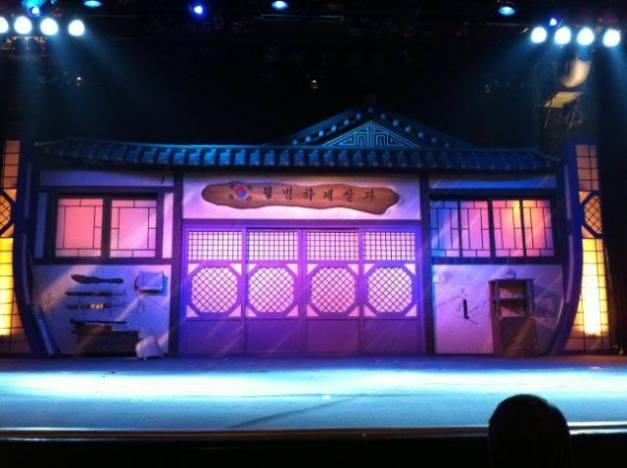 The JUMP theatre is located the the Myungbo Art Center – which is at the city center near Myeongdong. Get off at Euljiro 3(sam)-ga Station (Seoul Subway Line 2 & 3), Exit 8. JUMP is a funny show and it had me laughing out loud – it combines comedy along with martial arts and gymnastic moves.
Replace the Broadway musical dancers with professional martial arts artists doing amazing moves on the stage!

I liked that the show had great audience participation and the audience can be part of the show! 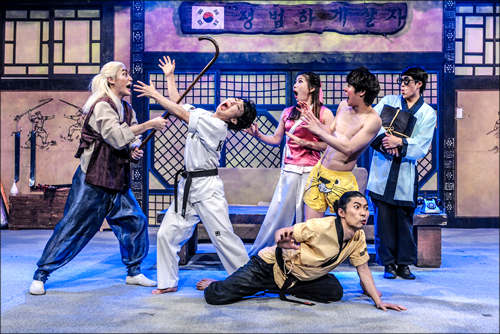 In a nutshell, JUMP follows a day in the life of a Korean family whose members are all martial arts experts of some sort, and how they train, handle an impending engagement and eventually fend off a pair of bumbling intruders who attack their house. 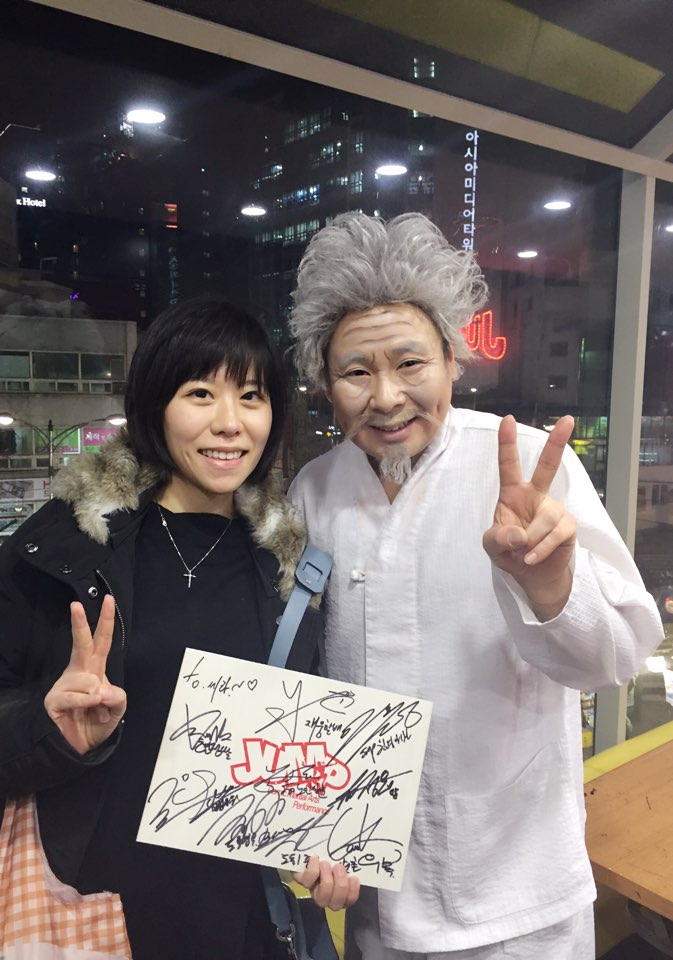 After the show, the cast gathers outside for a signing, so you can get close to the actors you just saw! I got a great signing board with my name on it and also took a picture with one of the most important character of the show! (you’ll know why when you watch the show!)

JUMP gives you a good laugh and showcases Asian martial arts to its best! I highly recommend the show !
Get your discounted JUMP tickets from KoreaTravelEasy now! 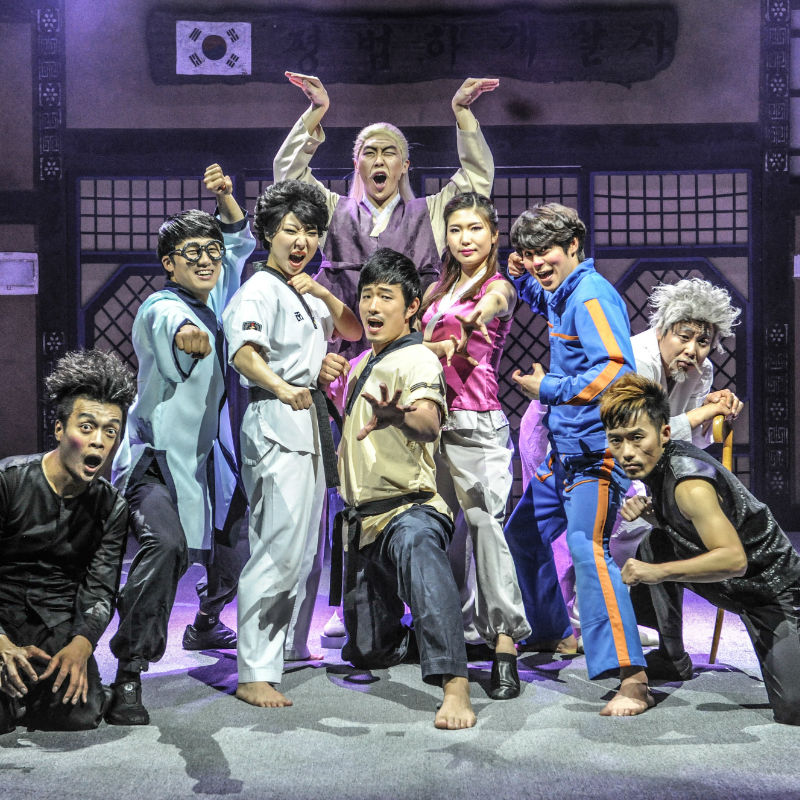 Watch the MARTIAL ARTS COMEDY SENSATION in the WORLD right here in Korea!