Visiting the port city of Pohang – where the famous 2019 drama  “When the Camellia Blooms” was filmed.  You will also be taken to Yangdong Village – a UNESCO World Heritage, Jukdo traditional market and Homigot Sunrise Square – the easternmost end of the Korean peninsula. An interesting culture-filled trip that will help you learn a little bit more about Korean traditional values as well as pop-culture. Highly recommended for K-drama fans!

Follow us and travel to the towns of Pohang and Gyeongju in Gyeongsangbuk-do for a culture-filled trip! You can learn many things about Korean traditional culture at Gyeongju Yangdong Village and Jukdo Traditional Market; set foot on Homigot – the easternmost end of the Korean peninsula to enjoy the spectacular sea view, and visit the setting of the K-drama “When the Camellia Blooms” – one of the best TV series in 2019. It’s a shuttle bus tour package specially designated for people who travel from Busan city. With our friendly English/Chinese speaking local tour guide, you will understand so much more about all the places that you get to visit.

Gyeongju Yangdong Village (UNESCO World Heritage)
Gyeongju Yangdong Village iin Gyeongju City is the largest traditional Korean village, displaying the Joseon Dynasty’s traditional culture and beautiful natural scenery.
The entire village has been listed as a UNESCO World Heritage site due to its many cultural heritages such as artifacts, national treasures, and folklore materials.
Visitors from all around the world, including Royal members like Charles – the Prince of Wales, have been to this village in order to witness its cultural beauty as well as scenic surroundings. 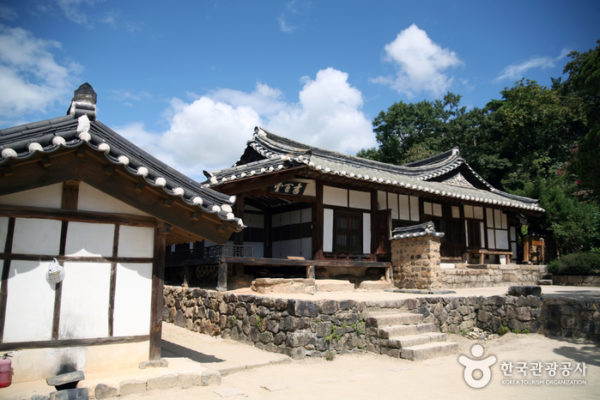 ▲The village is one of Korea’s UNESCO World Heritages. ▲ Yangdong village is famous for both its cultural beauty and scenic surroundings.

It is considered to be the largest traditional market as well as the largest fish market on the eastern coast of Gyeongsangbuk-do. If you are a big fan of seafood, especially sliced raw fish/sashimi, then this place is your paradise! There are more than 200 raw fish/sashimi restaurant (횟집) –  restaurants specializing in selling Korean-styled sliced raw fish in this market alone. You can surely get your favorite seafood dishes at the best prices and quality! 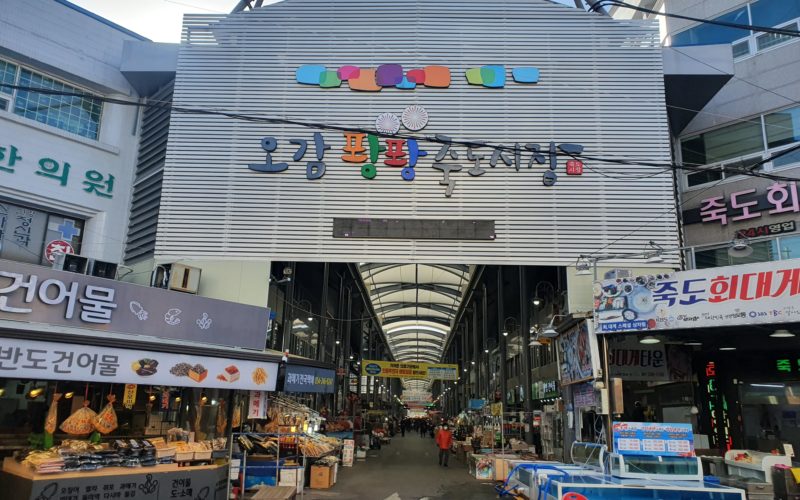 ▲ This is the largest traditional market in Gyeongsangbuk-do area. ▲The seafood here is of the best prices and highest quality!

Homigot Sunrise Square
The name “Homigot” means’Tiger’s tail’. If you think of the map of the whole Korean Peninsula as a tiger, then Homigot is situated at the easternmost end , in what would be the tail . This is also the place where you can see the earliest sunrise of the year in Korea. That’s why every year on January 1st, thousands of Korean people gather here to greet the first sunrise and make wishes for a good new year to come. The surrounding area is also home to the Hands of Harmony sculpture and Homigot Lighthouse – Korea’s largest lighthouse, which was established in 1908. 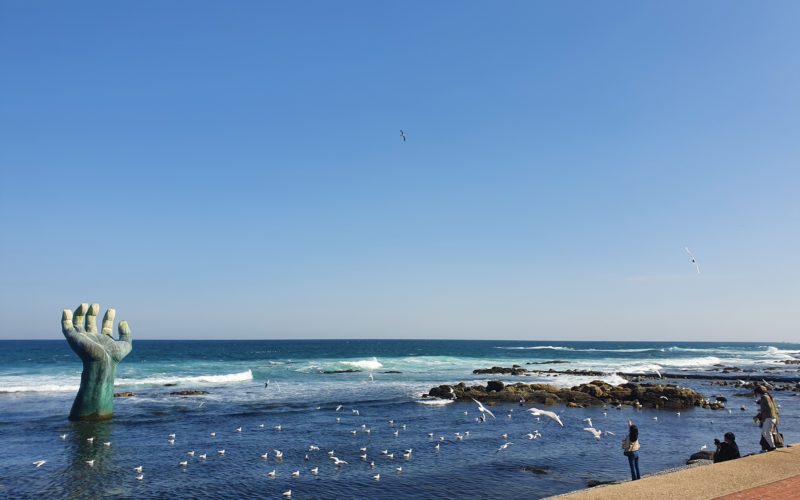 ▲ The Hands of Harmony sculpture is a famous attraction here.

K-drama ‘When The Camellia Blooms’ filming location
When the Camellia Blooms is a famous 2019 South Korean television series starring Gong Hyo-jin, Kang Ha-neul. The drama is set in the fictional town named Ongsan but in fact, is was actually filmed in the town of Guryongpo in Pohang. This is a village where the Japanese people used to live during the Japanese occupation period in Korea. ▲The Ongsan Town in the drama is in fact a village in Pohang. ▲You will get to indulge yourself in the real setting of this famous Kdrama!

** Times and drop places may vary depending on traffic and local conditions.

Show reviews in all languages (6)