NLL Tour Seoul, Korea – Witness the reality of the division between North and South Korea

Traveling to the NLL (Northern Limit Line) where you can see the actual life in North Korea in the closest distance and meet a real North Korean defector. The best tour for history lovers!

Korea is known to be the only country in the world that is still divided after the World War II. The border lines, both on land and sea, are the places to witness the painful history as well as the split between the two halves of the Korean peninsula.

On this tour, you will be taken to the Northern Limit Line (NLL) – a sea border line formed after the Korean War Armistice, where the distance between South and North Korea is only 1km~1,5km. At this close distance, tourists can therefore see clearly North Korea across the river, which is often hidden in plain sight. This is a national border on the Western Sea is made after an armistice agreement taken place on July 27, 1953. The NLL extends from Ganghwa Island to other five islands in the Western Sea and is a place where many conflicts between the South and the North have occurred. Accompanying you on the trip, beside an English speaking guide, there is a North Korean defector who will share real stories about life back in their country.

From the Ganghwa Peace Observatory, with high performance telescope, you can take a vivid glance at what life is actually like on the other side of the border: the residents’ houses, their agrarian society, and a part of their economic activity. You will also get to talk with a North Korean defector who is invited to share about their real experiences back in North Korea.

Another destination of the tour is Gimpo Marine Park – the only marine park in the metropolitan area where you can experience the museum and get on a  navy battleship that was used during the Vietnamese war. You can learn many things about the history of Korea as well as the division between North and South Korea here! ▲ Northern Limit Line (NLL) is a sea border line where the distance between South and North Korea is only 1km~1,5km. ▲ From the Ganghwa Peace Observatory, you can take a vivid glance at what life is actually like on the other side of the border. 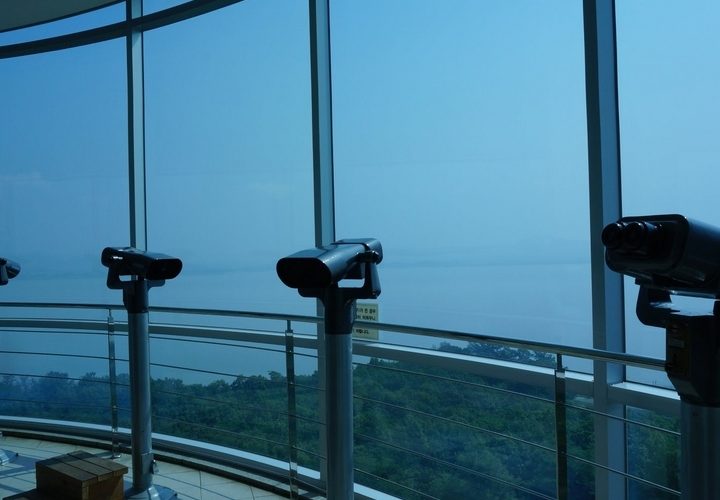